The battery on a Polaris RZR can be found in one of three places. Note that some RZR Pro R models have two batteries. 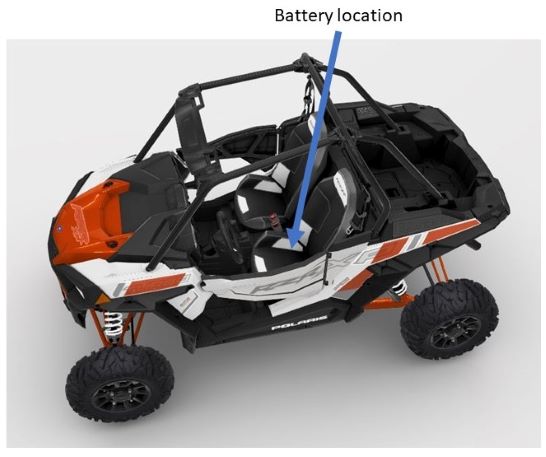 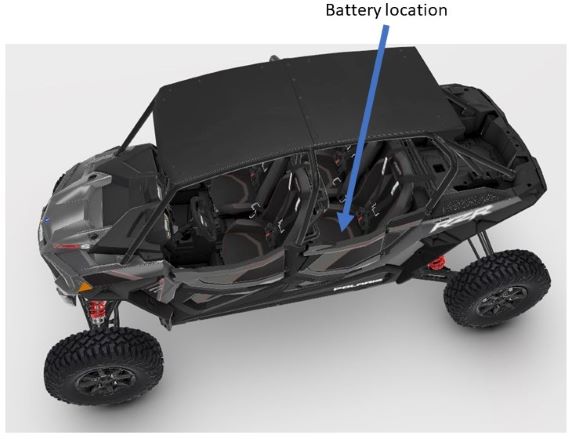 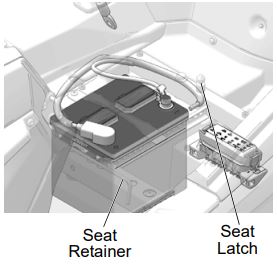 For RS1 models, the battery is located in the front under-hood storage. 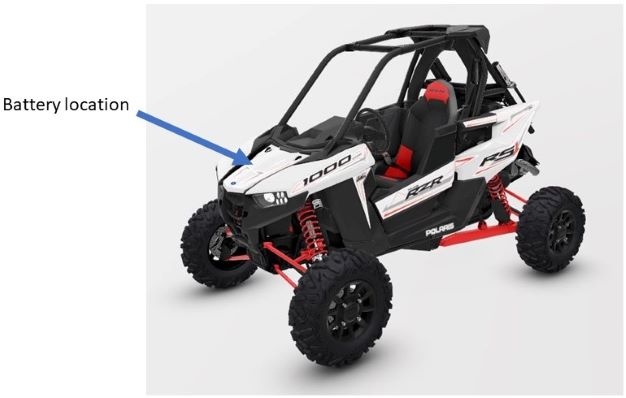 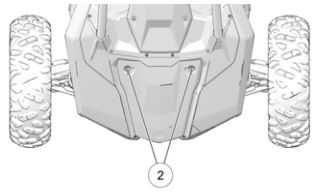 Unless noted, trademarks are the property of Polaris Industries Inc.
© 2021 Polaris Inc.